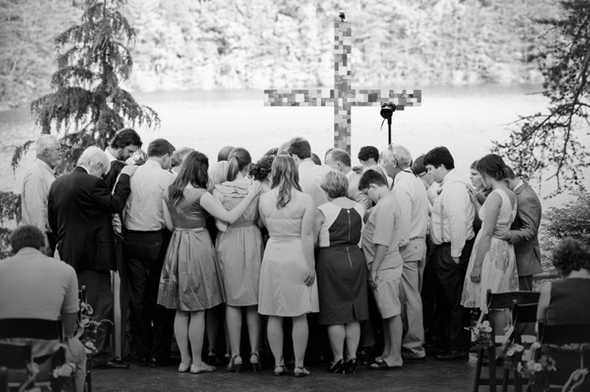 Last week I pulled out large chunks of my beard. A couple hairs at a time. It looked so hideous that I had to shave and start over. There were obvious, large gaps. Bizarre. I’ve never done that before — that, or had a child in this kind of danger.

If only this danger was in the form of a man coming at my child with a knife. Then I could be useful and throw myself at Danger and fight through the slices. With nothing but adrenaline, I’d grind Danger’s face into the pavement while the cops came.

But I have no power to fight this, and that’s why I’ve been angry at God. I can’t be the hero and fix this. He won’t let me be the hero.

Multiple doctors have told my wife and I that our unborn daughter, Everly, won’t live more than two weeks after birth. No matter how a doctor phrases this, I hear “Dead. Your baby is dead.”

One week she’s dead. The next week it looks promising. A couple weeks later, she’s declared dead again. That second time is when I pulled my beard out.

Everly has been diagnosed with what is commonly called brittle bone disease, or Osteogenesis Imperfecta. It’s called OI for short. It means her bones break easily. Everly already has broken both her legs and multiple ribs from just chilling in the womb.

Many babies with OI survive and thrive. Some don’t. Our doctors think Everly has the most severe and lethal kind — type 2. (Type 1 isn’t as severe. Yeah, we know someone ordered them wrong.)

At Olive Garden last night, new friends told us how they were told the same thing. Their child with OI is going to die. The thing is, my wife held that baby, so we know doctors have been wrong before.

In the meantime, this nightmare is sitting at the bottom of my stomach and waiting for an opportunity to bubble up into my throat. Or maybe it will wonderfully pass.

I’ve been reading to Everly at night even though she’s staying in the Baby Bump Motel. Right now we’re going through a book with this subtitle: Every story whispers his name. Here’s an excerpt from the chapter based on prophesies in Isaiah.

He will be a Hero! […] He will make everything the way it was always meant to be. […] Everything sad will come untrue. Even death is going to die! And he will wipe away every tear from every eye.

God’s the hero. Not me. And He’ll banish the brokenness and the nightmares from this world. He will heal the world, but I have no idea when.

My prayer is that heaven will break into earth a bit early in this case. Everly is due in December of 2014 or January of 2015. We are so grateful for your prayers.